What’s Happened in the Past Year with Federal Interest Rates?

Right around mid-December of last year (2017), we wrote about the Federal Reserve raising the benchmark federal rate from 1.25% to 1.5%. This increase was in response to a growing economy and the then-upcoming tax changes, which were passed before New Year’s.

Interest rates have an impact on so many areas of the economy, including real estate purchasing and lending, so it’s important for all citizens to understand how and why interest rates are adjusted.

A lot has happened since last year, so we’d like to take a look at the major changes through 2018, then peek at what can be expected in the near future.

Federal Interest Rates: What’s Happened, and What Can You Expect in the Future?

2018, so far, has seen the Federal Reserve raise interest rates three times. In September of 2018, the Federal Reserve held a Federal Open Market Meeting, where financial leaders discussed the state of the economy and whether or not interest rates should be increased further. Once again, the group came away with a raise in its target benchmark interest rate, increasing it to 2.25%. This became the third increase in 2018 and the eighth in the current cycle of steady, progressive economic growth that began around 2015.

The Federal Reserve Chairman Jerome Powell, who replaced Janet Yellen, emphasized the point that the increase was a show of the committee’s confidence in an economy that remains strong, bolstered by fiscal stimuluses such as the tax reductions that were passed at the end of December 2017.

For now, interest rates will remain the same, as there was no change after a meeting this week, which wrapped up on Thursday, November 8th. As expected, the Federal Open Market Committee unanimously approved keeping the federal rates in place for the near future. The committee noted that unemployment has declined steadily since their previous meeting in September. The latest numbers show the jobless rate is at roughly 3.7%, which is the lowest since 1967.

The committee did say that the pace of business investment has cooled, with some companies reporting that investment plans have been put on hold until the trade issues between the United States and China are smoothed out.

What Will Happen to Interest Rates in the Future?

Expect One More Rise Before the End of 2018

Interest rates could rise again, as the Federal Reserve Committee is scheduled to meet in late December of 2018. It’s believed that at this time, the committee will choose to raise interest rates one more time, which would be the fourth rise in 2018.

It’s too soon to predict what will happen in 2019, but all signs indicate that interest rates will be increased at least three times next year. It’s also likely that interest rates will be increased at least once more in 2020. This is in response to an expectation that the market will continue to grow, but the growth will steadily slow and not remain at the rapid rate we’ve seen over the past couple of years. According to an article from CNN Business, Federal officials are expecting growth to slow to roughly 2.5%, down from higher rates we’ve seen. These are, however, merely estimates and not official numbers.

So far, we’ve talked exclusively about benchmark rates set by the Federal Reserve. These rates, however, are only tied to mortgage rates; they play a role, but they aren’t the only factor that will impact mortgage borrowers.

But they do play a role, and you can reasonably expect that as benchmark rates are raised, mortgage interest rates will go up as well. According to Bankrate, 30-year fixed -rate mortgages have seen an increase, up from an average of 5.06% the previous week to 5.1%. This information comes from a survey conducted by Bankrate on large lending institutions.

Their information indicated that this is the highest mortgage rates have been since February of 2011.

Why Does the Fed Raise Rates When the Economy is Strong?

The intentional rise in interest rates is all about slowing the rate of inflation, which goes up when the market is expanding. Basically, when the economy is strong, people spend more on goods and services, which causes inflation. Inflation is an increase in the price of something and, by comparison, the drop in the value of a dollar.

In a simplified example, let’s say the economy is strong and everyone is buying apples. Before the market boom, you could purchase one apple for one dollar. At this rate, $1 equals 1 apple. But the economy is strong so everyone is buying apples; producers take advantage and sell a single apple for $2.00 Now, $1 equals half an apple; the value of the dollar is decreased. This is, essentially, inflation. Inflation is inevitable, but to curb its rapid rate, the Fed increases interest rates on bank-to-bank loans to discourage excessive purchasing. In a nutshell, this is the logic behind increasing interest rates when the economy is strong.

While interest rates are not the only factor you should consider when purchasing a home, they can have a profound impact on your payments. For example, if we look at Bankrate’s information again, we see that at 5.1%, you’ll pay $542.95 a month for every $100,000 you borrow on a 30-year mortgage. Just the week before, that would have been $540.92. This seems like a small change in total payments, but we’re talking about a difference in .04%; imagine what it could look like if it were a change in .25% or even a full percentage point!

Find the Interest Rates and Terms That Work for You!

If you want to learn more about interest rates and their effects on your borrowing, contact the team at San Diego Purchase Loans. We’ll show you how various rates impact your total payments so you can make the right choice for your home purchase.

You deserve an affordable loan, so contact us today for more information! 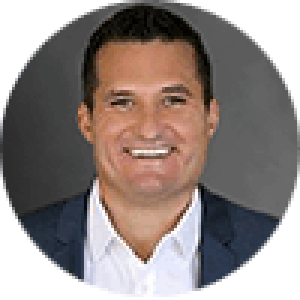